“A man often sets out on a journey, one he may or may not complete. It is in beginning that he makes himself susceptible to the place the tide of the seas of time would take him”

-         Michael James
It is when a man fails that he begins to think, for it is in the sweet sadness of unprofitable results that a person often gains mild lucidity to visualize with trained accuracy what the cause of the trouble was in the first place. Mind you I am not a proponent of the Failure school of thought, I am merely one whom experience has taught bitterly the innate importance of all feelings, joy, love, sadness, sorrows and of course failure itself. 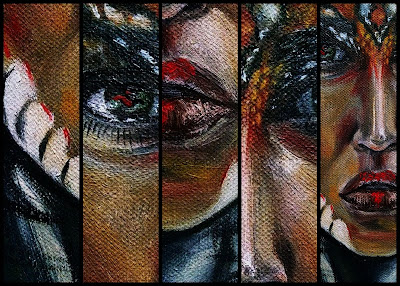 What descended upon my senses this foul evening, stirring me on when my weary fingers became fatigued and letting not a minutes rest lest all the writing fluid evaporates into the musky thinness of my subconscious mind.  I was intimated by a good friend of mine (name withheld to deter lose tongues) the profundity of his loss resulting from a regrettable venture. He wept profusely as he narrated his tale warped with exaggerations and exclamations. I sat down and was soon lost in the path of thoughts.  I took a stroll down the memory lane shoving aside unworthy bystanders of history with whom I had no business for now.  I came at last to the place I sought. It had occurred to me that If I could revisit my most vivid failure that I would somehow have the right words to assuage my callous friend who was very much far from recovery over his plight.

“ Don’t you dare” my sister had kept saying, “don’t you dare” she yelled and reached for me but I ducked out of reach and ran for the kitchen. The words of mother from yesterday ringing madly in my ears. “You are free, free to do anything” she had said when I asked her what occasion Independence day presented to us. I had out of curiosity asked her to let me cook. She had repeated that it was Independence Day and that I was free to cook whatever I wanted.  “Joseph no!” my sister screamed on seeing I had turned on the gas. “What on earth are you doing” she asked.  “I am checking the workability of the cooking instrument” I answered feeling aloft. She hissed and left me to my business.

I set the kettle filled with warm brimming water on the first cooker, the big one by the right side of the gas cooker. I had earlier brought out the bread from the fridge, it was now considerably defrozen. I fished out five big eggs from the crate of eggs inside the fridge and proceeded to break them to commence whisking. I checked my watch it was 12: 10am I had started at exactly 12:05am. The water had boiled for approximately four minutes. I was not going to put anything to chance. I whisked the egg until the brownish transparent egg turned slightly milky. I unwrapped the bread with a caption written boldly across its body “BOUNTY BREAD”. I brought out some slices and readied the peanut butter. I added spices to the egg, and then started a mental battle over two viable spices that could each serve the purpose though not together, “garlic”, and “ginger”. I spread the peanut butter atop the bread slices and placed them each with one top the other like what people do to books.  The kettle had begun to whisper white wisps from its snouty mouth and the egg still lay inside the bowel unfried. I checked the time again 1:40am, there is still time I remind myself overly conscious of the subtle pressure that was beginning to arise from within.

I pour the egg into the frying pan and wait, hoping, praying it turned out good. I suddenly jerked in quick reflex shallowly missing an unceremonious meeting of my skull and the tiled floor below. I wipe my eyes with the back of my hand and peer into the pan to behold the egg boiling in hot water. I hurriedly set it down and proceeded to set down the aggrieved kettle whose whistling had gone unnoticed for quite some time. The bread had become soggy for inexplicable reasons and my comportment prior to the beginning was whittling down to be replaced by a calm solemn anxiety whose tenacious tentacles were beginning to take hold of my once composed senses.  I pour the eggs into the dustbin in frustration and proceed to toast the bread all the while battling to stay awake.  I once again check the time “ 3:00am ”. What I exclaimed immediately aware of the quick depletion of the time I once felt so confident of.  I sit down after I had brought out the second set of eggs now lined up on the cabinet awaiting execution.  I tried to think, to fill my weary mind with the food of reason it best fed on. One mind said to leave this uncertain venture with whom no positive result was probable.  Another said to try, reminding me of the resultant consequences were I to succeed.

I am roused from this momentary muse by a whiff of an acrid element. A scent reminiscent of something that was once without doubt pleasing to perceive.  I reach for the toaster and discover my worst fears come to life. There lay the carcass of a once promising meal. I sigh in frustration and reach for the first egg. “I Joseph Igbanugo offer you puerile one, young result of the hen’s fertility. I hereby slaughter you, for the satisfaction of the hunger of man and the sons of the creator in consequence”.  “Pathetic” said someone from behind and I jumped in startled shock in the fowl belief that the fowls unhatched offspring had spoken. I composed myself when I see a scowl etched clearly across her facial features. “Nnenna go and rest” I said. “I see you are carrying on nicely then” she added sarcastically in way of reply. Then before I could turn back to reply I hear her faint footsteps receding away from the kitchen. I checked the time again 4:ooam. God please make this breakfast come to pass I whisper silently and beseech the blessing of God in such a dire time.  The eggs now simmered with oily delight; the kettle had to be set aflame yet again to be caressed to a boiling climax by the sweet warmth of the gas cooker.  By the time I set it down for the second time it was 4:30am with its teeming anxiety threatening to overwhelm my striving being.