THE HEART THAT TELLS BY UCHE OSITA JAMES


Yesterday when I found out she died a peaceful death I didn’t bother crying, I felt empty. There was a subtle essence she exuded that I knew if not for anything would be missed for its uniqueness, her aura, her 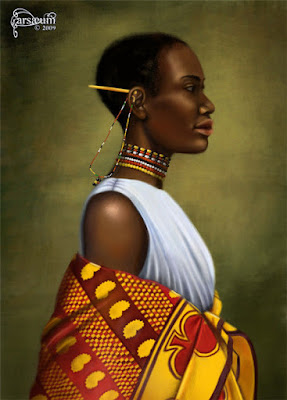 personality and more profoundly her intrepid nature. She captivated me time without number but now I would see her no more.

I remember seeing David let a slight uncertain tear roll down his cheeks, he was the toughest dude I had ever met in my life but when he was told that Adaora had died he wept. He cursed and prayed at the same time. An interlude of confusing moments, fleeting hours and wailing voices.
I remember sitting beside him and trying to console him, but I remember seeing the look on his face. One that suspiciously said betrayal, perhaps he thought I felt good about her death but that was far from it. I felt a sentiment inexplicable with words. I couldn't find the appropriate way of expressing what I felt but now I think of it maybe I should have cried.

The years that followed were things that raised a lot of concerns from all sides David’s inclusive.  The words I once cherished dried completely from my mouth and my life became a slight existence with little meaning, purpose or joy. It felt in many ways like I was mocking nature, perhaps I should have just died. David still recovering from the shock of losing Adaora fell back into a mental torture he once escaped before my trouble began.  It was unfortunate.

David after a year of my delusion began together with the concerted pressure of Adaora's death committed suicide. I hated him. I literally wished that I had killed him myself because I lost the same thing he did. After all my silence was my own unique way of morning her. Our beloved lover. It was a queer thing how she was able to unite I and David but she did have her ways. She was domineering but I loved her. She cheated on me with David but then she made up for it. Now I think Of it I don’t even remember how. I always suspected that she was different, that she perhaps possessed some supernatural powers whose origins she never shared. But her death, Her death ripped me apart. My memory runs like a slight broken kaleidoscope with innumerable patterns, no direction, no logic nor sense .

Still I cling on to hope, the only anchor of my somewhat unwholesome existence now, believing in Nature's healing gift “time”. That when I have waited long enough for nature to use her gift for she is never parsimonious, I would stand tall again and in time become  a man to beat my chest and say that It was my plethora of experience, pain and sorrow that made me who I became.