Some minutes later she walked into the mallam's Kiosk. "Ehee" she said dramatically darting her eyes about as if in search of a wrong he had done in preparing the meal. It smelt delicious  she couldn't deny it but she would not give him that satisfaction. "It is 300 naira only" he started as she reached for the package. Hmm she murmured and retrieved her purse. As she walked down to ADELABU Hostel that evening she cursed him and the economy under her breath for making life so hard for students. The stars were barely visible , they seemed shrouded from sight by dark clouds. She hastened her pace. "Hannah ! Hannahhh!" a voice called insistently then she turned slowly with recognition .
" Nke baby how u dey nahh".
"Stop it don't even try to pretend , so you were a bout to snub me abi" she said angrily, then as quick as a pick pocket she smiled showing well used teeths . "So" she said "You will be coming to IK 's party na". "Mmmmh" Hannah mused.
"What is that" She started again . "Don't even start now, I will meet you in half an hour in Manuwa bus stop" She said . "I called a cab, we are going to orange room". She concluded and walked away before Hannah had a chance to reply. The truth was that Hannah didn't feel like going but Nkechi was her friend and she just didn't want to disappoint her . At half past nine Hannah strolled out of Adelabu in a slim gown that hugged her skin too tightly revealing all the contours that were best left private to the gasps and surprise of passers-by. She walked slowly, taking her time but conscious of the time. She was almost certain that Nkechi would be late.
Ten minutes after she arrived at the Bus Stop Nkechi came all frantic and panicky about being late . The cab came five minutes later and off they went. To be continued. 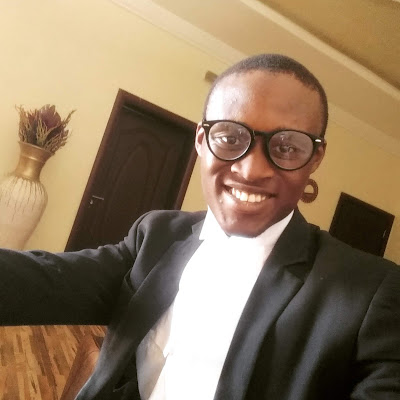